The Rare Malt Whisky Company  is online retailer dedicated to and specialising in the professional sourcing and selling of rare Scottish whiskies. Based in the village of Killearn, a scenic location in the Scottish countryside the RMWC team only source rare malts of the highest quality and are passionate whisky enthusiasts who offer an elite sourcing service for those who trying to find something in particular. There are many things that make a whisky rare such as a single cask edition or a one-time bottling. Typically the older rare whiskies are, the more they are worth. For this reason many people strive to source bottles that are a certain age as opposed to a certain brand or sometimes a combination of both. If you are looking, for example, for 30 year old whisky, The Rare Malt Whisky Company are a fantastic, authentic and reliable resource. 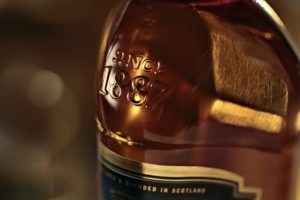 Laphroaig is a highly sought after Islay Whisky known as the world’s richest single malt Scotch. This distillery has been running for over two hundred years, running from the south coast of Islay and producer of some of the rarest and most sought after bottle of whiskies in the world. The Rare Malt Whisky Company stock one bottle of the Laphroaig 1970s 30 Year Old which has become known as the most richly flavoured yet rarest of all Scotch whiskies. Winning multiple awards this malt was bottles from 123 sherry butts branded with the legend SS Great Auk. Traditional stone floor malting was used on the barley for this malt and it was dried in thick peat smoke that was cut by Islay locals. This particular edition is known as Laphroaig’s biggest success. For those who are new to the rare whisky business and are confused by the seemingly contradictory numbering in the title “Laphroaig 1970s 30 Year Old Whisky”, the whisky was distilled in the 1970s but bottled in 2000. All in all this is an extremely rare whisky which is why it is priced over one thousand pounds. 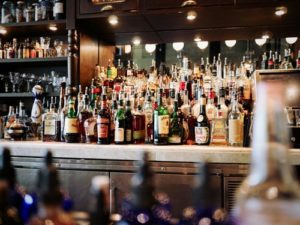 Why Is 30 Year Old Whisky So Rare?

Before you invest in rare whisky it is important to understand the significance of the bottle within the industry so that you can efficiently determine if you are being charged the correct price. Scottish 30 year old whisky is one of the highest calibre whiskies in the world. To be established as such the whisky must be produced only in Scotland and aged for a minimum of thirty years in oak casks before it is bottled. To claim anything as a Scottish 30 year old whisky that does not adhere to these requirements is illegal. Unfortunately there are many people throughout the world falsifying these rare malts and therefore it is especially important to buy only from known and reliable sources, such as The Rare Malt Whisky Company.